MADBALL SCIENTISTS: All This Beauty EP (2011) 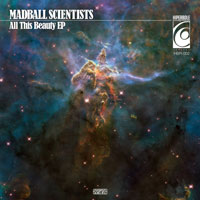 Maybe it’s the fact that it’s scorchio outside, and I sit writing this in little more than my birthday suit fanned by dusky beauties in fur bikinis but at this moment in time Madball Scientists‘ All This Beauty EP seems the very thing to be listening to. Maybe it’s because the Madball Scientists is a team up between Andre Lamb who hails from the adopted country of trip-hop, New Zealand and legend in his own lifetime David ‘Renegades Of Jazz’ Hanke – the only man to find an original use for jazz loops in a long, long time. Whatever it is, this four track EP has all the louche, laidback decadence of early stuff by downbeat UK outfit Akasha which means there’s a stoned sixties’ sinuousness running throughout underpinned by some quality rolling breakbeats and it comes complete with a remix of the title track by Kid Loco. Actually, you know what – maybe it’s just the dusky beauties. Just kidding – press guff below player…
(Out 15 July on Hiberbole Records)

Madball Scientists “All This Beauty EP” by Hiperbole Records

This summer sees the release of the All This Beauty EP from Madball Scientists, a collaboration between André Lamb from New Zealand and David Hanke from Germany. They teamed up back in 2007 via MySpace and started building up their songs by sending parts back and forth. In summer 2009 they had the chance to meet for the first time in Germany, they locked all the doors, closed the curtains and weren’t seen for two weeks, until they finished their debut album, “Space Tapes”.

The opener “All This Beauty” is a dedication to the beauty of space and comes with a nice groove with a jazzy and bluesy construct of mellowness. The grandmaster of Downbeat, Jean-Yves Prieur a.k.a. Kid Loco, turned “All This Beauty” more into the blues corner with his awesome organ and piano-driven remix. “Sometimes It’s Voodoo” shows the scientists love for the occult and ancient parts of music, and comes with some moody vibes and tough sounding beats, while “Far Out” puts the listener back into deep space with its simple and relaxing beauty.

2 Responses to MADBALL SCIENTISTS: All This Beauty EP (2011)