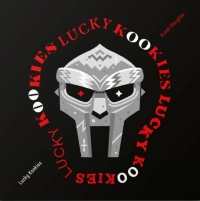 Couldn’t get enough of Krash Slaughta’s Sugarcubes vs DOOM project Sugar Coated DOOM? Or did you miss out on the never-to-be-re-pressed vinyl LP? Oh man, has Krash got you covered! Not only is the LP is getting a ltd. re-press but there’s also an all-new non-LP Sugar Coated DOOM 45 single dedicated to The Sugarcubes, Lucky Kookies, being released too. Yes, that will be a splice of DOOM’s Kookies and The Sugarcubes’ Lucky Night with the instrumental on the flip. But what prompted our Mr Slaughta to create an additional track and re-press the project that – er – wasn’t going to be re-pressed?

Why – it was the off-the-chart interest in the project of course! Something which came to no-one’s surprise except its modest creator. Turns out a shop in Iceland established by The Sugarcubes caught wind of the album and contacted Krash – does he have any copies left for the shop? Damn, no, they’ve all gone and he wasn’t going to re-press – except now there’s ‘Cubes-related interest so it would be rude not to, right? Cue one re-press only – specifically to stock the shop (smekkelysa.net – who are currently auctioning Sugarcubes-related memorabilia), before KS attempts to buy the metalwork from the pressing plant. And while the tracks are the same, collector nerds will be all over the fact that the cover art has had multiple tweaks including red eyes for the DOOM mask, and “R.I.P DOOM” written on the back.  Incidentally, it was too late for this epitaph on the first run because the great man was still alive when the project was sent for pressing. It goes without saying that neither the second and final run re-press of the LP, nor the ltd. vinyl 7″ will hang around for long, so you are well-advised to get on the pre-orders, sharpish! New front cover art below players.
(Pre-order now HERE) 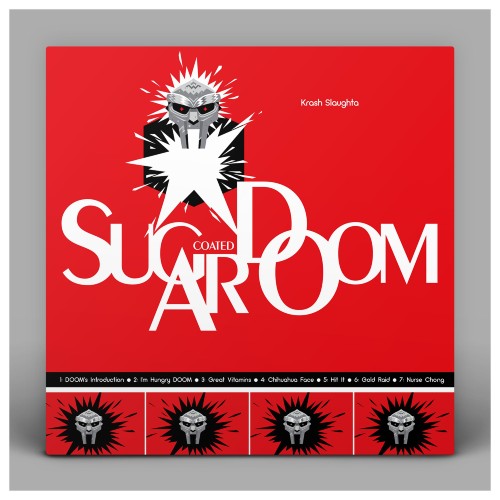