THE STILL BROTHERS: Wake Up feat. MARINA B / The Deep (Vinyl 7″) 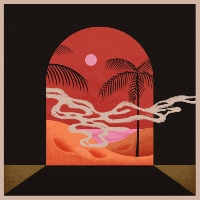 Despite something of a gap, The Still Brothers (a.k.a Ula Ruth’s Andrew LeCoche and The Shacks’ Evan Heinze) follow the summer’s stirring The Deep single with all-new atmospheric breakbeat cut Wake Up featuring Brazilian chanteuse Marina B on vinyl 7″. It transpires that the song achieved its final form when friend of the band Marina heard the, at that point, instrumental beat as she was – well – waking up and found the lyrics coming to her right there are then. Pitching dusty samples, haunting loops and Marina’s dreamy vocal style over a chunky breakbeat, Wake Up effectively evokes that liminal space between waking and dreaming. Now then, what to put on the flip? Oohh!  I know – The Deep – for when you’re properly woken up, of course.
(Out now (digital)/ Out 12 March (vinyl) on Lewis Recordings)

Posted on 10th February 2021 no comments