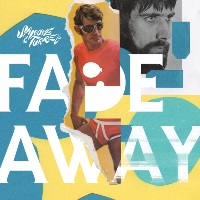 Smoove & Turrell look once again to the eighties for influences on Fade Away, the second single to be taken from their forthcoming Stratos Bleu album. All the signs are that the LP appears to owe its name to legendary 80s aftershave Blue Stratos – ironic in this instance really because the smell of that certainly didn’t fade away. But I digress. What you can expect this time is a minimal boogie-esque type affair over which keyboard player Mike Porter gets to grandstand his synth collection and the fact that he’s clearly been practising his post-disco atmospherics. In fact the only things that are traditionally S&T-ish about this are the syncopated drum pattern and Turrell’s unmistakeable, but suitably muted tones. He’s probably just noticed the Y-fronts sported by the guy on the cover art.
(Out 10 April on Jalapeno Records)