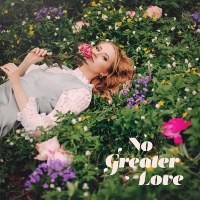 If you’re not already aware of Rita Ray, it’s very much time to play catch up with the arrival of new single No Greater Love and word of a second album this autumn. The big cut off her debut long player was Disco Stu a track which, as the name suggests, supplied a healthy slab of disco of the soulful kind, while the rest of the material capably explored a mellower sound. No Greater Love delivers an ode to a lover in the form of mid-tempo number on which Ray’s voice recalls the seventies heyday of blue-eyed soul while the musical orchestration (literally since it employs the Pärnu City Orchestra) – arranged by Ray herself is reminiscent of both Come To My Garden-era Minnie Riperton and Philly soul. Indeed, had you been told this was a lost classic from back in the day rather than emerging from Estonia in 2021, you wouldn’t have batted an eyelid. Estonia? Yep – she’s on the same label as funk commandos Lexsoul Dancemachine.
(Out now on Funk Embassy Records)
TEXT COPYRIGHT: Stone Monkey/ monkeyboxing.com (2021)