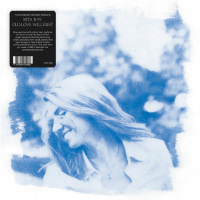 Not for the first time, Estonia, of all places, staggers with a spectacular slice of soulful music – in this case Rita Ray single Disco Stu. Now, I realise that title might make it sound like a song about a bloke who wrangles trolleys in Asda car park Monday to Friday and lives only for the weekends when he becomes the local Tony Manero. But it’s not. What it is is a stupidly upbeat, catchy and gorgeously-produced slice of blue-eyed, disco soul that perfectly captures that late seventies sound of funky disco beat, big strings and soaring melodies. Full vinyl LP, Old Love Won’t Rust, on which the single appears, promises to offer a wider array of soul sounds and drops next week.
(Out now (digital) HERE on Funk Embassy Records)