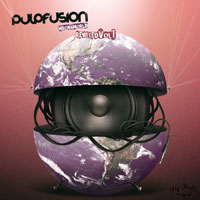 In which Swiss beats merchant Pulpfusion throws the keys of recent ghetto metal LP Wrong World into the remix dish and allows his baby to be taken home by a variety of remixers to get as saucy as they wish. Engaging in the action are Zenit Incompatible, Turntill & Merlin, Hong Kong Ping Pong, Frenic, Assassinated, Funkanizer, Rambla Fresh Combo, Monstaphunkaz and Jazz K Lipa. Between them they do their thing to six of Pulpfusion’s originals in a variety of breaks and ghetto funk flavours. Assassinated get the ‘most metal’ award with their tech-metal breaks version of Point Of No Return, Funkanizer get the most Faith No More award with their version of Scary and Jazz K Lipa gets the ‘most unlikely’ award for their dubstep/ metal crossover version of Wrong World which still sounds like a big day at Shipstern’s Bluff. Filmed in slow motion. And watched on ketamine.
(Out 18 June Pig Balls Records)