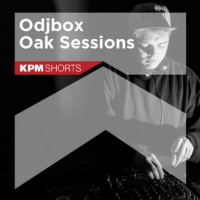 Penguin is the latest leak from Odjbox‘s Oak EP – his forthcoming ‘KPM Shorts’ drop on EMI’s KPM library music subsidiary. Many will know of KPM as the source of much late sixties/ early seventies funky Hammond-driven instrumentals – however, while both instrumental and funky, Hammonds are noticeably absent. Instead Penguin begins with a flurry of horns and drums before settling into a swinging march. A glitchy bassline is soon added to the mix and the outro is positively symphonic. Almost the sort of thing to soundtrack the antics of a certain loveable antarctic creature. There’s no definite release date yet but I’m reliably informed that you’ll be able to pick up Penguin shortly.
(Out soon on KPM)

Posted on 17th February 2015 no comments