MOTENKO: On Your Level (Audio premiere) 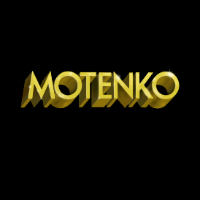 It’s always a pleasure to nab a premiere but the debut single from Motenko – slo-mo, sixties-style, R&B gem On Your Level – is a particular delight, drenched as it is in piano and horns and featuring a scorching vocal turn from singer and keyboardist Micah Motenko. The band hail from Austin, TX and if that rings a bell it might be because it’s the home town of Black Pumas and – more familiarly to MB readers – T-Bird & The Breaks. Indeed it was a heads-up from T-Bird guitarist Sammy P (On Your Level‘s engineer and co-producer) that initially brought Motenko to the monkey’s attention and the single will certainly appeal to those who dug The Breaks’ material and also those who’ve recent work from dug Neal Francis over the last year. The track will appear on the band’s debut self-titled EP which showcases a style that, besides taking inspiration from sixties and seventies soul, also looks to nineties R&B (of the D’Angelo variety) while future releases promise to encompass a wider and broadly retro soul-related remit taking in New Orleans-style funk and soul-rock.
(Out 28 February on Freak Funk)

Posted on 26th February 2020 no comments