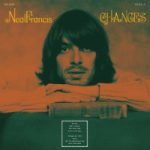 The Colemine goldmine delivers again with the arrival (on its subsidiary label Karma Chief) of Neal Francis’ Changes LP which delivers on all the promise of a trio of recent singles. That’ll be a promise Craig Charles summarised by referring to Francis as the “reincarnation of Allen Toussaint,” then, which isn’t half as hyperbolic as it sounds if you’ve heard any of those singles. As the name suggests, the album marks something of a musical watershed for Francis following the toll taken by a few years of the touring lifestyle. For while Francis’ playing is steeped in the classic New Orleans sound of yore (possibly due to that Dr John LP he was given as a child) it turns out that his pre-solo career lifestyle was also cast in a classic mould – of rock n roll excess. It seems that as a gifted young piano player touring first with Muddy Waters’ son and subsequently Chicago funk band The Heard, things got out of control to the extent that Francis wound up on the sort of path (addicted, then sacked, then evicted) that frequently leads to self-destruction. Happily, he found a way back from the brink and, having got clean, discovered himself not only right on top of his game musically but with more than enough experiences to inform a whole album – once again in a tried and tested mould – this time of marrying confessional lyrics with funky rhythms.

Some might remark on the relative brevity of an eight-track set but that would be kind of missing the point. After all – what better way to show you’re back in the driving seat than by having the confidence to pare away any spare flesh? And there’s certainly none of that on Changes. Revel then, in your enjoyment of opener and recent single This Time which, from the warm organ swells and chord-changes in the first ten seconds, channels Toussaint at the height of New Orleans funk fever as Francis pleads for one last chance. This is followed by a funky paean to a lover, She’s A Winner, announced via an antsy organ intro, and the satisfyingly chugging clavinet riffage of his appraisal of past excess How I Have Lived. Meanwhile, the soaring chorus to These Are The Days evokes an In The Right Place-era Dr John, as does bar-room stomp Lauren, another tribute to a lady. In contrast, Changes Pts 1 & 2 switches things up with a first half of low-key, proto-disco groove and a second of more lively Professor Longhair-ish piano while the album’s only real slowie Can’t Live Without Your Love pays tribute to yet another – or possibly the same – woman. Finally the whole thing is capped by a big, fuzzy funk-rock closer Put It in His Hands which perfectly rounds off what is easily one of the best funk and soul LPs of the year.
(Out 20 September on Karma Chief)

Posted on 20th September 2019 no comments