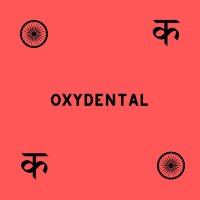 Say hello to London-based producer Kamau Kuru – someone you’ll definitely be hearing a lot more of on the strength of debut LP Oxydental. ‘Oxydental’? Yep – this one very much lets you get your teeth into the sampled sounds of the occident laid over drum breaks for our man is as keen to draw on the sounds of his mixed heritage as he is inspired by the likes of Madlib, Dilla and Massive Attack. Having said that, this twenty-two tracker is liable to trigger other comparisons too – imagine RZA working with Turkish, Persian and Indian psychedelia and funk back in the 90s or SP heads like Lord Beatjitzu and 5 Element Ninja running amok with DJ Format’s collection of dusty old eastern exotica and you get the picture.

Although instrumental, the project is punctuated by archive newsreel footage samples featuring male presenters speaking in ludicrous RP accents and – certainly at the start and end of the LP – focussed on the adventures of a ‘tribe of terrorists’. Cue half an hour of glorious eastern samples welded to dusty breaks which take the listener on a highly evocative musical journey, inspiring the mind’s eye to positively Himalayan heights of cinematic creation. This is definitely one to enjoy all the way through – most of the tracks are less than two minutes long and the boundaries between them often blur. Keep your ears peeled in particular for Don’t Stop, Spit and King Kuru and tell me you can’t imagine someone a bit leftfield like DOOM, Kool Keith or Lone Ninja aboard these beats.
(Out 26 June HERE)