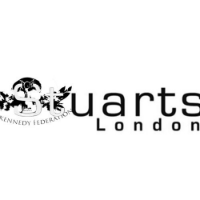 Jon Kennedy here delivers an exclusive nineteen track DJ mix of JK Federation label-only tracks in conjunction with Stuarts London which he’s somehow resisted the temptation to call ‘Music To Dress To.’ Tailoring outfit Stuarts London have been in the game for nearly half a century and seem to have risen to prominence in the 70s and 80s supplying the ‘casual’ football subculture with all their clothing needs. This downtempo mix has anything but the connotations you’d expect of Stanley knife wielding hoolies in Pringle and Lacoste however. In fact it’s redolent of a far more herbal way of life that puffs along to a background of dubby bass, ambling breakbeats and all manner of bleeps and samples. Surprisingly the best stuff is in the latter third – French reggae supremo Grant Phabao’s skanking remix of JK’s own louche We Milk Life But Dress Smooth, the fat DJ Krush-esque dope of Stone Groove from KRS Jon (our JK again) and Cartier Saucier’s closer blissed-out closer (is that a bit of Bill Withers in there?) It Is. Stoned is the way of the walk. Listen below – buy the tracks via the JKF webby.