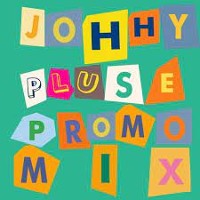 JohnnyPluse is dead! Long live JohnnyPluse! Yes, reports of this man’s retirement from the party breaks scene appear to have been greatly exaggerated and last year’s retirement announcement and ‘best of’ Dead Dead Dead compilation are last year’s news with the arrival of the Irishman’s Promo Mix 2023. That’ll be a party-rocking blend of the finest hip hop, funk and breaks then. Or as they say it over there, “Titeann Johnnypluse an hiphop agus funk is fearr.”