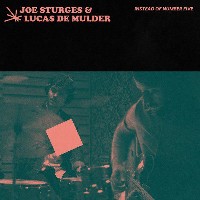 Did I say the sound of early 80s Miami was the one to evoke for a worryingly hot summer in Europe in the previous post about the single before this from the Golden Rules label? Actually, maybe instead, the super-mellow instrumental soul jazz on Instead Of Number Five by Joe Sturges & Lucas De Mulder is the thing. Less sweltering Florida heat than the desert-meets-the-coast sun of L.A. as you cruise around Santa Monica and on up into the Hollywood Hills. Yep, it’s another single from Golden Rules’ forthcoming funk sampler LP The Originals 2 – the most recent single – but as with TOYTOY’s Tahin, in the aforementioned previous post, slept on by the monkey. Not quite as badly this time though – only a couple of weeks. And you know that means another couple of singles must have come out in the meantime.
(Out now on Golden Rules)