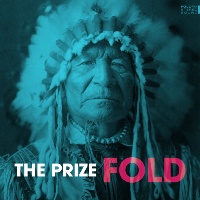 Leeds band Fold follow Concrete Things with The Prize, the second single to be lifted from forthcoming LP Aphelion. The track departs from the band’s more usual template of ambient funky sounds accompanied by spoken word samples by adding a vocalist into the mix and it says here that the result falls somewhere between War and the jazzier side of Black Sabbath with shades of David Axelrod. What they forgot to add was that that actually sounds a little bit like the Stone Roses which can’t be a bad thing and should certainly put any concerns to bed that they had about introducing a vocalist – even if they are being a bit coy about who’s actually singing – and, no, it’s not Ian Brown. Ever the optimists, they’re still coming with the positive conscious message and an exhortation for people to ‘Lift your head from the sand.” Could be a tall order in a country where a majority of people think the government are doing a ‘good job’ at dealing with a pandemic while simultaneously believing that the same government isn’t doing enough to protect key workers – but there we go. You’ve got to have faith.
(Out 8 May HERE)