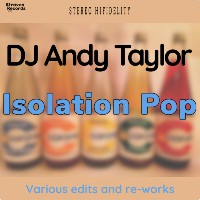 If you’re a long time MB reader, you’ll have seen many posts about dope music Andy Taylor has edited, remixed or created in the last decade or more so it was incredibly sad to hear that he passed away this week. Though the monkey never met Andy in person, we had many chats via email and social media beginning all the way back in the days of Myspace in the mid-2000s. Not only was Andy good enough to give an interview to MB in 2008 but he even graciously acquiesced to the monkey’s cheeky request for a digital file of his positively euphoric slice of breaks with Louisa Rox entitled Pray (years later to appear on Quincy Jointz’ comp. Lime Sorbet IV) so the monkey could cut a vinyl dub. As predicted, it rocked club floors and for all I know might still be the only copy on wax in existence. That wasn’t the only track I played out of his either. Besides his own material (best showcased on 2013 LP El Pantano) made up of a mixture of samples and live instrumentation, Andy notched up a string of massive edits and remixes on labels Wass, Resense and Beatnik City and the monkey’s favourite of all of these was Resense 014 Bank Of Panama – one of the phattest funky Latin edits ever committed to vinyl and a proven peak-time floor filler. Even all that wasn’t enough engagement in music for Andy, also a multi-instrumentalist, who played in live band The Hook & Slingers knocking out gritty, NOLA-style funk.

And so to what has turned out to be Andy’s swansong – Isolation Pop – a nine-deep set of cheeky edits, reworks of rare cuts and what he termed, “mature cheese.” Some are lockdown creations; others are edit/ re-work DJ tools that have been part of Andy’s sets over the last couple of years that he felt might not clear copyright law for – er – some reason – but all were put together with his keen ear for the dancefloor. And like his 2013 LP, the beats are a mix of samples as well as live instrumentation provided almost exclusively by Andy himself.  Opener, Sweet Nectar, is a case in point reworking Lizzo’s Juice with the MC/ singer’s acapella now sitting astride a new groove on which Andy’s bass, guitar and organ playing combine with Stuart Cromarty’s drums to create a raucous funk nugget. It shouldn’t work – but it does perfectly. It’s an approach that characterises the release on which you’ll also hear such delights as Old Greig (Sisqo’s Thong Song over 80s pop-rock guitar and another funky drum break), Boney M’s Rasputin through a dub-disco filter and Sylvester’s 1978 original You Make Me Feel (Mighty Real) made over as booming spacey dub on Real Dub. You can cop Isolation Pop over on Straven Records Bandcamp page now where you’ll also see Andy’s self-written PR blurb which is retrospectively all the more poignant for ending with the words, “Love you bye!”

Andy emailed me on Monday night asking if I’d got the promo link he’d sent the night before. I emailed him back to say it was in the queue and the last words he wrote were, “Cheers man, looking forward to it.” So here’s to you Holmes – sorry you couldn’t read it down here but maybe you’ll check it up there.

Andy leaves behind his partner and two daughters. You can cop the album on his Bandcamp page HERE. 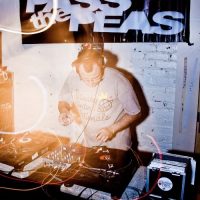