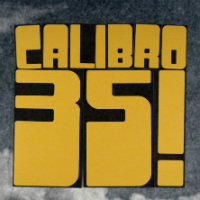 Of course it was only a couple of months ago that Italian kings of cinematic funk, Calibro 35, dropped their umpteenth studio LP, Decade which, the monkey noted, “…starts innocuously enough with the afro-tinged lilt of Psycheground…[and]…in Calibro 35-land we’re in the title sequence of whatever film is in their heads…[which]…surely…features a lengthy single-take of a sixties sports car driving through a switchback-riddled mountain pass.” Now they’re releasing the track as a single and there’s a video. How to represent the track in an audio visual medium though? Could it start innocuously enough with a vintage sports car driving through swithcback riddle mountain pass? It could! What are the chances? It’s almost like someone has been reading the monkey’s ramblings. But just like the album, this is all to lull punters into a false sense of security it seems for shit soon gets freaky. What about having a strip of that car footage apparently torn off and the rest of the video taking a significant cue from the Terry Gilliam school of animation? Yes that ought to do it. No giant foot descending on cut-outs of the band at the end though – but the track is out on limited vinyl 7″ with the ‘Afro-Utopia version of album track Polymeri on the flip.
(Out now on Record Kicks)