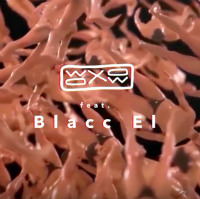 In the second part of today’s ‘leftfield video malarkey from Italy’ here’s Woxow’s new cut, Up, featuring Danish MC Blacc El. Woxow (yes, that is a palindrome, trivia fans!) is the latest nom-de-plume of dj, producer, promoter, tour manager, vinyl collector and all round music fiend Theo Melody onetime of Sweet Life Society (let me hear you say it for Resense 17 – Bam Bam)! Turns out our man’s latest project is a solo boom-bap album (entitled Alcazar from which Up is the first single to be lifted) if by solo you include the fact that, as well as Blacc El, he’s roped in Pugz Atomz, Akil from J5, Blurum 13, Ken Boothe (!) and Hannah Williams among others. Nice work. The beat vibe on Up (which extends to the rest of the LP) is firmly golden era analogue warmth while Blacc El lyrically meditates on the fact that the world is run by nutters and that, while the human race never muddles along especially well, it is a considerable way off course at the minute. Cue three and a half minutes of found footage audio visual montage that chimes with El’s rhymes. Sit back and see how many of your favourite movies you can spot clips from. A vinyl 7″ of album track Chaos also follows shortly – stay tuned for further details.