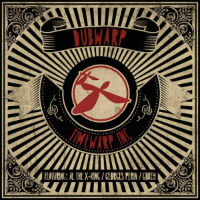 Timewarp Inc. has a new EP on the way – called the Dubwarp EP. Ah – I think I can see what he’s done with the title there. As it might suggest, the music is of the dub-inflected reggae variety with white-dread Gobey sticking it to Babylon on Liberty Is Our Destiny. On Theory Of Revolution it’s Basement Freaks collaborator Georges Perin who steps up to the mic though. “Can we live together as one?” he sings in the hook and one suspects that given the track title, he’s probably on about something more portentous than that time he lived in a student house. This second cut also comes in a dub version and you also get an instrumental of the Gobey one. ‘Ear me now!
(Out 8 Feb. as a Juno exclusive on Timewarp Music)

Posted on 2nd February 2016 no comments