THE PUTBACKS: The Putbacks 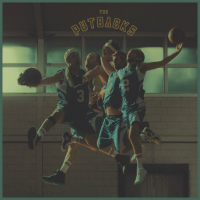 Arguably the most leftfield of all the big Oz funk-soul outfits, The Putbacks follow-up the heavy soul of Dawn, their 2014 debut (a collab. with vocalist Emma Donovan) with this new self-titled effort. If you caught previous singles The Way (the LP’s only vocal cut) featuring neo-soul man Bilal or the more recent Oranges, you’ll know that things have now headed in directions both ‘cinematic’ and psychedelic. The former is a reverb-rich slice of the darkest psych-soul while the latter is an uptempo instrumental chugger, both of which are likely to please fans of releases off DJ Markey’s Delights label as well as fans of El Michels Affair and The Grits. Indeed, if that’s your poison, you’ll also lap up the sparse soundtrack antics of HEAVY SHIT (the band’s caps not the monkey’s!) and the rolling clang and boom of Yellow which together with the two singles and the oceanic atmospherics of the opening Prologue comprise the first third of the LP.

For the middle of the LP, the pace becomes slower, and things get less intense while broadening out stylistically. Hold On provides chilled 80s funk for example while Little Flower is folksy, acoustic guitar-powered incidental music that speaks of high summer in a West Coast hippie commune, and No Man No is all about the laid-back jazziness. It’s hardly surprising that the musical palette should be so broad considering that the various members of the band are musicians for the likes of future soul voyagers Hiatus Coyote, Bollywood-funk nutters The Bombay Royale and country soul dudes The Meltdown – among others. Push further into the second half and Straight delivers a fat funk bass groove drenched in electric blues guitar and smouldering organ with a pinch of swirling Delia Derbyshire-esque vintage synth FX. Drones on the other hand goes uptempo again and immediately yields a fat drum break for the sample-commandos. After this comes, BMX – a brief interlude that threatens to break out into a huge funk banger but disappears after seventeen seconds to morph into the future funk of No Bench, another interlude, the crunchy half minute of the No Bench Outro. All of which leaves just two cuts – the swirling soundtrack ambience of Silver and the Rhodes-rich slowie (not to mention aptly-named) Slowes Slow Dance. In short then, The Putbacks’ new LP is one that isn’t afraid to push the envelope.
(Out now on Hope Street Recordings)

Posted on 27th November 2018 no comments