THE LEWIS EXPRESS: The Lewis Express 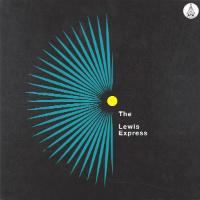 Ooh hello, soul jazz and fat drum breaks ahoy. Step forward Leeds-based The Lewis Express with new mini album The Lewis Express channelling the vibe of Ramsay Lewis and sometime Ramsay Lewis trio members Redd Holt and Eldee Young of Young Holt Trio/ Unlimited fame. As you can probably tell, they dig Ramsay Lewis a bit – alright – a lot, and that includes recording live and keeping in the room noise for extra presence. And such were the recording conditions for this release, captured over a two day session in glorious analogue sound.

The LP delivers seven tracks which include the uptempo bossa-inflected Cancao De Momento, nods to library music (Hawkshaw Philly‘s tip of the hat to Alan Hawkshaw and The Theme From The Watcher) and the French-vocal – indeed the only vocal – cut on the LP – jazz-funky closer Straight Seven Strut while the award for the most Ramsay Lewis-sounding number goes to the jazzy ivories-tinkling Last Man In The Chain Gang. Perhaps of most interest to MB readers however will be the remaining two cuts. Opener Love Can Turn A Man is what El Michels Affair might sound like if they used a piano while tying it for best cut is Brother Move On which soulfully struts a fat and chunkily funky groove.
(Out 31 August on ATA Records)

Posted on 2nd August 2018 no comments