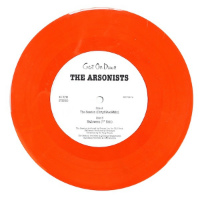 The Arsonists first emerged in 1993 and set the underground on fire with tight rhymes and a bass-heavy, jazz-sampling sound on debut single The Session. They went on to release two LPs and appear on Atari Teenage Riot’s final LP. There was talk of a new album called Lost In Fire due last year featuring Q-Unique, D-Stroy, Freestyle, Swel Boogie and Jise One but that appears to be – well – lost for the moment at least. Until it shows up, get ready for the session once more with the first ever appearance of The Session on appropriately orange 7 inch vinyl with the seasonally apt original 12″ flip Halloween.