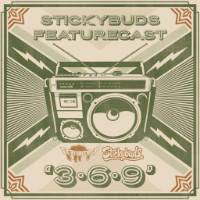 Two of ghetto funk’s mightiest, Stickybuds & Featurecast, team up for one of the genre’s funkiest in some time for 3-6-9. Apparently it was just a little something the pair knocked out round at Featurecast’s place when Stickybuds was stopping over for a few days. Buzzsaw synths vie with funk and hip-hop samples throughout – not to mention a bit of eighties pop sax on the outro. Oh and let’s not forget the world’s most famous skipping-rope chant, or at least in this case, a rapped version thereof, after which this effort is named, which appears on the bridge. Where else?