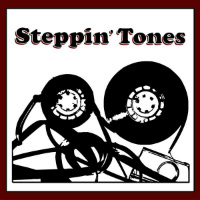 10 Free Bootlegs!? Christ! People normally send in one at a time! What is in the water on Steppin’ Tones’ side of town? Surely, so many at once must mean a sacrifice in standards though? Wrong! Our man has casually knocked out half a score of quality mash-up, booty, edit thingies featuring Beasties, Crooklyn Clan, Huey, Pete Rock, Busta Rhymes and Heavy D (among others), mashed with anyone from Eliza Doolittle and Lucas With The Lid Off to Ida Corr and Fedde Le Grand. Phew. But which one’s best? The boom bhangra of Beasties vs Punjabi MC mash Jogi Disco? Funky Beasties vs. Leisure Allstars number Get Your Open Letters In The Air? The swinging Eliza Doolittle vs. Huey cut Pack Up Pop Lock And Drop It or the dancehall boom of Daddy Freddy vs. Heavy D on Nothing But Love & Pain? Possibly the latter but you could be all night deciding – at least if you’re not reeling at the news that that’s not the end of the action for our man has also now completed the second instalment of his funky mix series – Chambers Of Funk Part 2. Steppin’ Tones then – the producer who giveth and giveth again and just keeps on giveth-ing. Or something. Whatever, cop that action and don’t forget to show the man some social media love because it’s all free. And if you missed Chambers Of Funk Part 1 – check that HERE.