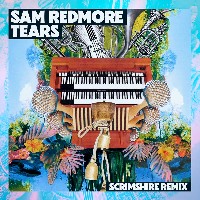 Just so that you’re fully up to speed on this one: this month Scrimshire is remixing a tune released last month by Sam Redmore that’s actually a cover of a Giorgio Moroder cut from the 70s that DJ Shadow covered in the 90s. Got that? Good. But if Redmore jettisoned the epic psych-rock of Moroder’s original for a cumbia-ish direction whither next for Adam Scrimshire? Well, while he’s remixing a whole track, not sampling it, turns out he’s heading back in a funkier direction by placing a breakbeat under what must surely be one of the most distinctive organ riffs in popular music and, as the PR very accurately puts it, ‘Splitting the difference between Moroder and Shadow.” Can’t see anyone involved in the composition, sampling or covering complaining about what Mr S has come up with.
(Out now on Jalapeno Records)