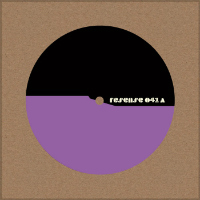 It’s another ‘no buses for ages and then three come at once’ deal as, breathing down the neck of the forthcoming Resense 040 will be Resense 041 and 042 – not one but two simultaneously released sets of funky soul edits on seven inch wax from Mako & Mr Bristow! I know! Four cuts from the golden era of funk and soul – two well-known; two obscure – re-touched subtly enough that they still sound vintage but distinctively enough that when played back to back with the originals you’ll go “Aaaahhhh. Now I see.” That’ll be Mako and Bristow’s Stank Soul Edits Vols. 1 and 2 then. One of them should probably write the PR blah for that…Players below…

(PRESS RELEASE) Stank Soul Edits Vol. 1
Stank Soul Edits Vol. 1 finds Mako & Mr Bristow delivering reverent and definitively classic dancefloor edits of two vintage cuts. King Soul-omon’s Mine gives the beat, bass and bpm a lift on an old favourite by the ‘king of soul’ while Sock It Silly boosts the beat and bass and tweaks the guitar on an obscure later number by a man more associated with rock n roll and early 60s rnb. This IS funky soul y’all!

(PRESS RELEASE) Stank Soul Edits Vol. 2
Once again, Mako & Mr Bristow deliver reverent and definitively classic dancefloor edits of two vintage cuts on Stank Soul Edits Vol. 2. The first is a rework of an album track by a southern soul legend and the second is a fresh take on an obscure sister funk cut with a very catchy hook. Break’s All Tight edits the original so the epic horns are complemented by a kick and snare you can actually hear, while Mama’s Little Breakbeat provides the massive funky drums the original always deserved but never got. It’s sho’ nuff funky soul y’all!