MADISON WASHINGTON feat. A BROTHER IS: No Cliche 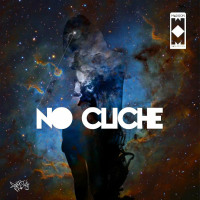 Right in the dog days of August, producer thatmanmunkz of Pan Amsterdam provides this little soother, No Cliche, from his ‘other’ hip-hop project Madison Washington a.k.a. his partnership with rapper Malik. Turns out the track is inspired by the band’s namesake Madison Washington who risked returning to the perils of slavery (having already escaped them) to rescue his soulmate Susan. Can’t imagine many people chancing that turning out successfully so there’s one massive lack of cliche to begin with. Anyway, this one’s chilled beat and falsetto harmonies (from the mysterious A Brother Is…warbling away in the background with his newfangled name) is certainly one to get your significant other onside, and for that reason alone is not to be sniffed at.
(Out 21 September on Def Presse)