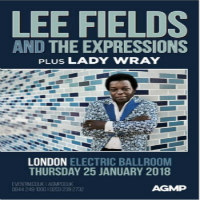 Soul man Lee Fields makes another trip to UK shores on Thursday 25th January this year in the company of his band The Expressions and soul sister Lady Wray. The presence of two of New York label Big Crown’s biggest artists at London’s Electric Ballroom should certainly ensure a high voltage show. Not least of the reasons for this will be their respective pedigrees. Fields has been making funk and soul since 1969 when he was known as ‘Little JB’ and his career has continued unbroken right up to the present day in which he is a key figure in the global funk and soul scene releasing his current LP Special Night in 2016. Wray started out in the 90s with a stint as a contemporary rnb singer at Missy Elliott’s label which she subsequently left to pursue a more old school soul sound with Terri Walker. In the last few years, she finally found her current home at Big Crown as solo artist Lady Wray under which guise she released her excellent Queen Alone LP, also in 2016. 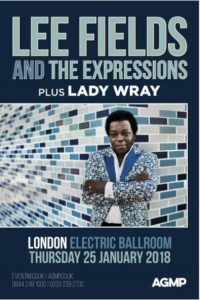