LACK OF AFRO feat. CAMILA RECHIO & WAX: You Could Do Better 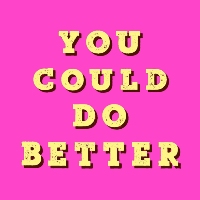 Lacking an afro maybe but never short of a collaborator or two? It can only be Lack Of Afro’s Adam Gibbons’ whose new single You Could Do Better has an ‘impact date’ of 14 August which means you’re getting to hear about it early doors. And as the lyrics reveal, guest vocalist Camila Recchio is getting her own heads-up over an emotive soul groove about her choice of partner from a mate who tells it like it is, in short, ‘You could do better.’ In the event, she ain’t telling Rechio anything she doesn’t already know. Is there another side to this story? Enter usual mic suspect Wax for a fleeting eight bars to engage in some mild verbal self-flagellation and confirm that people are fairly shit at relationships. And thank god for that or there’d be no material for soul music lyrics.
(Out now HERE)