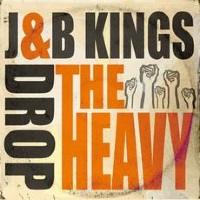 Jesse ‘Dubmatix’ King and Bill King continue a string of solid funky instro nuggets with the release of the beast that is J&B Kings’ Drop The Heavy. Apparently the idea was to concoct an original brew that channelled funk, soul, afrobeat and Latin boogaloo of the late sixties/ early seventies and mix it up with a 90s hip-hop sensibility and twenty-first century production in an effort to link the revolutionary sentiments of the era of civil rights with – well – a new era of campaigning for civil rights. Job done. Stick it to the man!
(Out now on 7 Arts Entertainment)