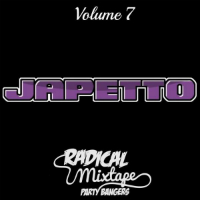 Once upon a time there was a nufunk beatcarver called Japetto who got his hands on some rather lively samples which he fashioned into his debut three track EP for the Radical Mixtape label. There was the Cherry Poppin’ Daddies one which formed the basis of opener swing breaks opener Swingin Riot, the Diana Ross one which underpinned the ladies ghetto-funk night middle number and the Wilson Pickett one which brought up the rear in a dnb stylee. Between them, they got up to all kinds of adventures on nufunk dancefloors all over the land and greatly entertained party-minded boys and girls everywhere.
(Out 28 February on Radical Mixtape Recordings)

Posted on 24th February 2014 no comments