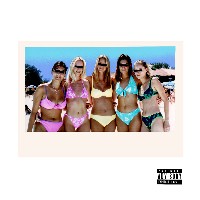 Finally – some energy news you don’t mind hearing about! And that’s because the debut solo LP from Energy Dreeg is out. Energy Dreeg? Indeed – you may remember him from his collaboration LP project, Soul Revolution, with Shaolin Temple Defenders singer, the ‘Lion of Bordeaux’ all the way back in 2012. And you’ll find the latter has something of an influence on this one two since he mixed and mastered it as well as providing additional vocals along with a host of others during its eighteen tracks including Nuc, Kuerspi, Ilyes, Crea and Charlie Dales.

Now then, about that name, Boom Bap Love – I’m getting ‘le boom-bap’, I’m getting ‘l’amour’, I’m getting 90s hip-hop with a dash of 90s R&B vibes, I’m getting mellow and I’m getting West Coast avec les lyrics Français. All of which comes fairly close to nailing what Dreeg has provided, albeit that the lyrics are not exclusively French and almost as likely at times to segué into Anglais and Espanol. Also the West Coast evoked is as liable to be the surf, sand dunes and pine-forested Les Landes region that stretches from Bordeaux to Biarritz as it is the surf, sand and scrub-covered hills of coastal California. If your only knowledge of French hip-hop is MC Solaar, Saian Supa Crew and NTM then possibly this is closer to the first two. A better analogue might be Quannum Projects material from the late 90s though – as indeed it was for Soul Revolution – even if one of the cover art images gets within sniffing distance of a 2 Live Crew LP cover.

Let yourself be enveloped then in the buttery bassline and phat drums of stoner jazz-hop opener and title track, the livelier soul-fied Call Me Back qnd the club-friendly groove of Neva Eva. Elsewhere it’s all about the alt-hip-hop stylings of La Noche, Originals and Hit Me On or the R&B feel of Fleur De Sel and Fin De L’Histoire with occasional nods to the twenty-first century on the broken beat of Whoop and auto-tuning on Rap Skitzo. If you didn’t manage to spend this summer camping under the pines surrounding Hossegor or similar, you could put this on, close your eyes and almost be there. Which is to say, nice work Dreeg!
(Out now on Diskover Records)

Posted on 25th September 2022 no comments