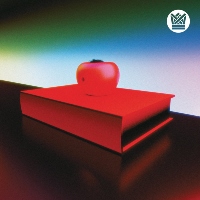 Between the release of their excellent Yeti Season LP and the follow-up of sorts, The Abominable EP (about which, more shortly), there’s just time for New York legends El Michels Affair to squeeze out a new single Masterclass on which they give – well – a masterclass on how to deliver summery soundtrack psych thrills. Turns out this track featured alongside material from Saul Williams and the Wu-Tang’s GZA in Louis Vuitton’s Spring / Summer collection by Virgil Abloh thus ironically demonstrating that at least someone in high fashion has a sense of style.
(Out now HERE)

Posted on 19th September 2021 no comments