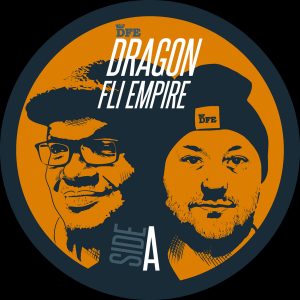 Beats House Records renews its relationship (established in 2015 on the A Little More Funk 7″) with Canadian hip-hop crew Dragon Fli Empire for another dope 45 hook-up. On A-side bump Hold Down The Fort, Djar One is ranking production officer while DFE’s Teekay commands the mic (and does his best Rakim-impression) and DJ Cosm pulls his best cuts out of the armoury. And you know that shit is going to be b-boy funky. On flip Right On Time, Cosm is chief knob-twiddler and brings a much more laid-back vibe to the boom-bap with Teekay once again on the mic along with guest emcee Von Pea and, this time, Djar One on the cut for variety’s sake.
(Out 16 April on Beats House Records)