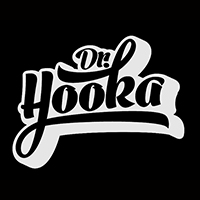 The world of music contains a number of those who have awarded themselves the title of ‘Dr’ despite the lack of any apparent evidence of medical (or other advanced academic) credentials but, to the best of my knowledge, only one actually possesses his own surgery. And that man is Dr Hooka, the renowned dj/ producer and assistant manager of the Radical Mixtape Group whose ‘surgery’ takes the form of a monthly breaks event at a recently re-opened venue to rank with the likes of L.A.’s Viper Rooms and New York’s legendary Studio 54. I speak of course of the mighty Wheatsheaves Inn situated in the centre of sprawling Somerset metropolis, Frome.

Already the likes of Titan Sound, Asbo Disco, Krossbow, Dutty Moonshine, DJ Cheeba, C@ In The H@ and more have played and the future looks even more impressive. Coming up are gigs from Chamber and WBBL, Sticky Buds and J-POD the Beat Chef plus Gypsy Unit, Krafty Kuts and Ed Solo – though the latter three (while at the Wheatsheaves) are not actually ‘Dr Hooka’s Surgery’ events. Better get your tickets early though – there’s nothing worse than having to wait at the doctors’ is there? Check out a bit of Hooka below.