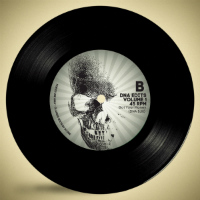 It’s not just building societies jungle boogie-ing to Kool & The Gang these days – DJ DSK is too – on new 45 DNA Edits Volume 1! Yep, turns out our man has only gone and launched his own edits label, DNA Edits, and the first release finds Robert ‘Kool’ Bell and co’s biggest funky moment getting re-tooled with all the usual good stuff – extra percussive leverage, extended bits, mix-friendly intro and outro – you know the drill! What to put on the flip though? Oohh, I know a re-flip of ODB’s biggest Kelis-featuring moment, (that’ll be Got Your Money, obviously), featuring the original vox served up over a funky fresh new rhythm. Record bag essentials! And it’s super limited too. Which means you don’t want to nod off.
(Out now HERE)