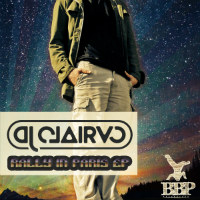 DJ Clairvo steps out from behind his Lack Jemmon project with Kid Panel once more to keep the revs up on his Rally In… series – this time with Rally In Paris. Inspired by what sounds like a recent high-octane point-to-point sojourn in the city of love racing from djing in clubs to djing in bars to djing house party after house party, Clairvo tries to aurally recreate his madcap hijinx with this six breaks-power drop. The sexy allure of Getting Up At Stalingrad takes the chequered flag on this one though the 80s funk-tinged Vert Galant Groove runs it a close second.
(Out 23 June on Breakbeat Paradise)