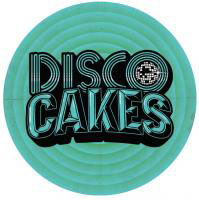 Dancefloor Outlaws cook up a third batch of ghetto/ nu funk ‘disco cakes’ to fill that party snack gap. Opener Betty makes quite free with Ram Jam’s very un-disco Black Betty bam-a-lamming her into the twenty-first century with some quite rude bass wobble and Regukate’s appropriation of Warren G’s ubiquitous vocal gets its eighties soul on in the shiniest grey polyester suit way possible. More worryingly though, Dre’s The Next Episode sits alarmingly well speeded-up over a disco rhythm about 35 bpm faster (and more camp) than any self-respecting West Coast stoner rap mogul would find comfortable. Which leaves a breaks-wobble cheeky version of I Don’t Like Cricket wandering around with sinister intent at the rear. Much like the threatening dread in the original…
(Out 19 September 2011 on Disco Cakes)

Already picking up support from the likes of A.Skillz and DJ Yoda. All 4 tracks have been tested across the globe this Summer from Glastonbury to Shambhala and will now appear in many a DJ’s set for years to come.

These weapons prove once again The Dancefloor Outlaws are at the top of the game when it comes to making dancefloor bombs.

Posted on 13th September 2011 no comments