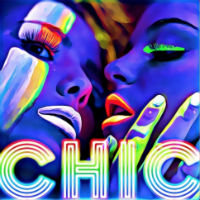 Back in 1979, Chic weren’t best pleased at Sugarhill Gang’s unauthorised sampling of Good Times – even though it wasn’t actually sampled but re-played. Now of course there’s a list as long as both your arm of tracks which have either sampled or replayed this legendary disco nugget, so who knows what the band would make of the Good Times Rhythm Scholar Remix. Of course, given the respectful way in which the original has been treated by Mr Scholar, one would have to hope that Mr Rodgers would be fairly pleased. Extended intro, bit faster, extra instrumentation, twenty-first century dancefloor-friendly whilst recognisably something that might hail from 1979? Check. Check it below – cop it (plus the ‘Discomental’) HERE.