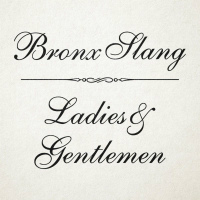 That Bronx Slang LP has been a minute coming hasn’t it? And – er – it’s still not out. Close though. But if Ladies & Gentlemen isn’t the long-awaited full-length effort from Bronx emcees Jerry Beeks and Shootyz Groove’s Ollie Miggs, it does at least follow Well Well Well and Run Away Suckas to become the third single off it. So – while you await the album’s early March release why not sit back, relax and enjoy as Beeks and Miggs chase down, ‘wack rappers’ armed with a combination of their own complex wordplay and a funky phat beat shot through with a jazzy swing supplied by labelmate producer Jadell. It’s no contest – stand aside suckas!