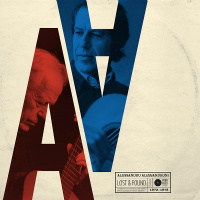 If you dig Calibro 35, The Bongolian, Shawn Lee or any others who owe a debt to the great library music composers and performers of the sixties and seventies – indeed if you dig the funky back catalogues of library labels KPM and DeWolfe – you’re going to dig new Alessandro Alessandroni comp. Lost & Found. Put together by Four Flies Records, this collection gathers together fifteen soundtrack cuts from Alessandroni who sadly passed away last year. Our man was perhaps most famous for his whistling skills – that’s him you can hear on Ennio Morricone’s scores for A Fistful Of Dollars, For A Few Dollars More and Once Upon A Time In The West. He was also pretty nifty on the guitar too providing the central part of the main theme to The Good, The Bad And The Ugly. But that wasn’t even the half of it for Alessandroni was the absolute don of Italian library music in the 1960s and 70s as both a solo session musician and with his vocal group I Cantori Moderni as well as a composer and clearly an inspiration to and influence on many.

All tracks on Lost & Found are previously unreleased and broadly fall broadly into the categories of psychedelia, disco, funk, soul jazz and lounge. Sea Breeze and Sweet Emotions for example, which open the album, provide wafty soft-focus examples of the latter, while third cut – Underground Disco – is a slo-mo funky disco-delic affair. By contrast, After Crime and Homecoming deliver precisely the sort of soundtrack crime-funk that has inspired Calibro 35, while Shot Undercover provides chilled soul jazz and Striptease and Synthetic Rendezvous reveal it wasn’t just Delia Derbyshire dallying with synth soundtracks way back when. Lost & Found then, what once was lost, now is found and the cosmic library music balance is restored.
(Out 26 January on Four Flies Records)