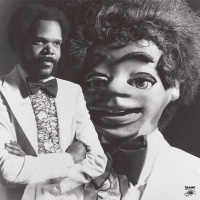 Get your boogie on as Tramp Records wind up the year with Can You Feel It? Modern Soul Disco & Boogie 1976-1986. Bet you can’t guess what’s compiled on that. Just kidding, it is of course a completist’s set of nineteen super obscure and largely previously un-compiled (as we’ve come to expect from Tramp) disco and boogie hits from the very tail end of the golden era of funk, soul and disco. Can this be the start of yet another compilation series to sit alongside Tramp’s already bulging discography of Movements, Feeling Nice, Praise Poems and The Story Of… . series? I think so – though that’s a hunch admittedly largely based on the evidence of the PR which drops some pretty heavy hints to this effect.

This double vinyl treat finds the first of five cuts deliver uptempo funky disco grooves, the best of which are arguably the squelchy boogie funk of Deep South Dance Band’s Don’t It Make You Feel Good and Ray Jay Band’s American football-themed Touchdown Cleveland Browns – which despite having all the hallmarks of being the world’s dopest team theme ever, didn’t actually get adopted as such. Things get infinitesimally slower after this though it behoves the listener to pay particular attention to Oakland Express’s Puss and Empulse’s Anytime which go some way to conjuring what sounds might have emerged had George Clinton leaned towards disco instead of funk rock. The final section of this comp. is also the mellowest but don’t go making assumptions that it’s any the less dope as gems such as Tyree Glen Jr’s S.O.S. will have sample fiends getting twitchy. One for the dancefloor for sure and something that will appeal especially to the ladies. Players below.
(Out now on Tramp Records)

Posted on 20th November 2018 no comments