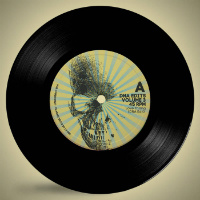 Jonesing for some disco edits action now that you’re back at boring old work? Why not make DJ DSK’s DNA Edits Volume 3 your first choice of purchase in the new year? After all, the A-side is his dope edit of 1979 cut Love Thang by all-girl Philly disco outfit – er – First Choice. Need something a bit more 80s to get an even greater numbers of ladies on the dancefloor? Try the flip on which DSK uses production smoke and mirrors to lower the tempo and make various other tweaks to Imagination’s slightly camp original Just An Illusion for a groovy slo-mo (well 103 bpm), post-disco outcome. And you can’t say fairer than that.
(Out now HERE)