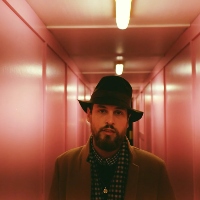 Can’t imagine anyone would dream of lodging a grievance with record label Little Beat More over new vinyl 7″ No Point Complaining – a joint effort from producer Suif and singer CW Jones.  It’s a brooding retro soul smoulderer that began life as an old 70s Anatolian hit record and from which producer Suif chopped out an instrumental. Enter Little Beat More who, knowing dope when they hear it, bagged the nascent gem for their hard drive in 2017. Fast forward a couple of months and they’ve sent it to soul singer CW Jones who’s so taken with it, he freestyles the lyrics straight off the bat and the first recorded vocal take is the one the label goes with. Limited to 300 copies, turns out this little treat has been pressed on black and red 48 gram wax and comes in a brown recycled sleeve with stickers. Mustn’t grumble!
(Out 14 May on Little Beat More Records)