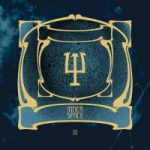 Blimey – don’t sleep – a massive new Tom Caruana hip-hop mash-up LP has just landed as the producer pairs a host of MCs with beats crafted from the discography of mighty Krautrock pioneers Can – a.k.a. Inner Space – hence the name of this monster. And it is a monster – thirty-six cuts featuring a host of underground legends, many of whom sent exclusive ‘pellas to Caruana whose own now legendary underground status has been cemented by a string of epic mash-up LPs – Magical Mystery Chambers (Wu-Tang vs. the Beatles), Black Gold (Wu vs Hendrix) and Adventures To Pepperland… (multiple MCs vs. The Beatles).

Not only are rappers now falling over themselves to send Caruana bars but, unlike previous efforts, it seems the legal side of things is getting easier with the gap between release of digital version and LP narrowing to nothing whereas it took seven years to sort out the legal wrangling over Black Gold. So, yes, not only is this available on digital format at a name your price deal but also out on LP, cd and cassette, though you’ve got to pay fixed-price cold cash money for the latter of course. All tracks are named after the MCs who feature on them and these include still extant golden era types (Kool Keith, DOOM and Phill Most Chill) and a shedload of underground spitters from the nineties onwards including Run The Jewels, Roc Marciano, Percee P, Edan, Bahamadia, Paten Locke, Andy Cooper, Abdominal and some of Caruana’s collaborators on 2017’s excellent (and all-original) Son Of Sam album, Cinder Hill – such as Soundsci, Denmark Vessey and Oxygen. The beats cover a range of styles with Carauna matching each MC to the type of vibe you’d associate with them – thus, for example, expect to find Percee P and Edan on a fuzz-dominated cut, Phill Most Chill on an uptempo bump and Abdominal on something retro and funky. It’s all dope from start to finish of course but if the monkey had to pick an early favourite – it would be the super funky beat on which Oxygen can be found. Check it below and if you want wax, get your arse in gear – it won’t hang around.
(Out now on Tea Sea Records)