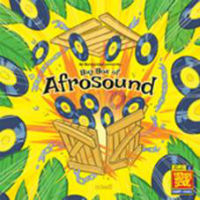 If you like vintage latin beats and afrobeat, all your birthdays are about to come at once because Vampisoul are soon to release their Big Box Of Afrosound. Flip the lid back on that baby and you’ll be greeted by a stack (vertical rather than horizontal, of course) of seven inch wax platters (ten of them) featuring the finest in rare 1960s and 70s afrobeat from the vaults of Columbia’s Fuentes label.

The format might have changed but this is something of a sequel to Vampisoul’s earlier afrosound releases and the box set idea itself was inspired by the label’s latin soul and boogaloo collection that came out a couple of years ago. Pablo Iglesias a.k.a. DJ Bongohead was chief compiler and his whole approach was – ‘what cuts would I like to have on 45?’ meaning that for some of the tracks here – this is their first ever outing on seven inch wax. And he’s excelled himself because this is straight fire throughout. Mixing up the afro-sounds with salsa, cumbia, boogaloo, porro and tamborera are all manner of former Fuentes stars but in particular look out for Afrosound’s Caliventura, a brace of bangers from Fruko Y Tu Suesos and Wganda Kenya’s superb wah-wah-drenched A Fiebre De Lepra.
(Out 29 June on Munster/ Vampisoul)