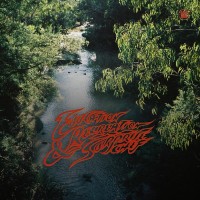 Surprise Chef’s Education & Recreation LP was a while coming wasn’t it? Almost as long as this MB post on it, in fact, with time for new fewer than six single releases in a lead-up lasting six months. It was worth the wait though. And that’s despite the fact that the ‘cinematic soul’ genre has arguably never been more popular. Time was when the idea of producing something that sounded like 70s library music or a soundtrack to a 70s movie that never existed was a novelty. Nowadays, you can’t bat ’em away with the shitty end of a stick. Not that you’d want since most of them are pretty good. Which begs the question, what has this Melbourne outfit brought to the game?

One thing they haven’t done is made an LP that aims to sound completely like a collection of authentic 70s library music. For one thing, the instrumentation – especially the synths adds a modern twist – see distinctive former single Velodrome. For another, the beats are often too crisply those of instrumental hip-hop while the track lengths and structures are those of those of instrumental hip-hop and soul as opposed to cuts usually much shorter (or longer) created with specific movie segments in mind. Almost as if they imagined being sampled – something which, if it isn’t in the pipeline already – is surely only a matter of time. Which brings me to the second thing they haven’t done which is imagined a movie and made a soundtrack to it. At least, they’re not making any such claims. What they have done however, is made an album that you might imagine a movie too while listening. They certainly didn’t use up all the heat in the singles either. Favourite cuts include Conversation Piece which comes on like something DJ Krush might have made 25 years ago if he’d been a multi-instrumentalist, the minimal rolling funk of opener Bakery Pledge Of Allegiance and gorgeous dreamy closer Goldie’s Lullaby. All that and it had already won the monkey’s ‘cover of the year’ award for its muted ‘Fire On The Bayou’ style. And if that font really is a font rather than a one-off created for the cover – the monkey needs to know!
(Out now on Big Crown)

Posted on 6th December 2022 no comments