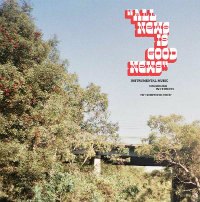 You might have thought Melbourne had already given more than enough to the world of contemporary funk and soul given the number of bands of that ilk hailing from there but it seems the city isn’t done just yet. Say hello then to Surprise Chef who enter the fray from the left field with the library music-inspired Blyth Street Nocturne the first taster from the band’s forthcoming debut LP All News Is Good News due out at the start of November. Recorded live to tape, said track is a hypnotic instrumental, packing a heavy drum punch laced with lo-fi Casio drum machine FX and suitably invoking the after-dark feel of the East Brunswick Street. It also suggests Oz now has its own homegrown outfit to rival the NYC likes of Ikebe, Budos, Menahan and El Michels.
(Out 8 November on College Of Knowledge)

Posted on 15th September 2019 no comments