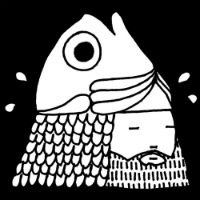 Attack The Megalith finds a stoned circle of producers taking up the remix ropes for last year’s underground hip-hop monolith – entitled er – Attack The Monolith, by Mongrels – a.k.a. Kid Acne, Benjamin and (more often than not) New Kingdom’s Sebash. Hashfinger, for example, sands a few of the rough edges off Full Moon for a more contemplative vibe, TPL’s Man From Atlantis goes lo-fi sci-fi with less frantic drums but lots of psych effects and the psych continues in the dub echo FX of Morriarchi’s take on You Dig Raps Pt 2. On Benjamin’s Duppy Conqueror, the original’s Dan The Automator-era, Dr Octagon-style beat is replaced with a druggy cocktail of super sub-bass and dreamy piano, whereas King Kashmere takes the woozy staccato of Zodiac Rockerz back in the opposite direction – and then things get really strange. Juga-Naut ditches the rolling boom-bap ‘n scratch minimalism of Aztec Futuristic for something more retro-futuristic with his insectoid beat and sixties sci-fi library music combo, Charlie Dark goes all future-hop on Underground Dwellers and Skint Records boss Midfield General drops an epic slice of electro. This last recalls the John Carpenter-ish Lone Wolf’s Theme from Shogun Assassin mixed with a bit of Vangelis after a very heavy night on the kush with his version of Skeleton Drums is all the doper for it. You dig remixes? You’ll probably dig this.
(Out 15 May on Invisible Spies)