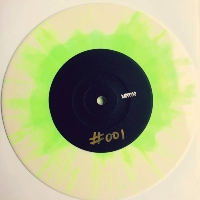 Two more tried and tested reggae hip-hop booties from the current undisputed king of such blends, DJ Maars, make it onto vinyl 7″ with the arrival of a new white and green splatter vinyl 45 from Easy Now Recordings. And such is the enduring popularity of boom-bap drums combined with reggae/ rocksteady samples (instead of funk and soul ones) and a good rap or toasted vocal, it’s a wonder more original stuff like this isn’t made. In the meantime, Maars certainly ensures the reggae-hip-hop flag keeps flying with a vinyl re-version of his own Common booty Used To Dub H.E.R. from – ooh at least 8 years ago – and Biggie booty, Wit Ya, as formerly appeared in a digital incarnation on BBP’s 2017 comp. Breakin The Riddim. Lovely.
(Out now on Easy Now Recordings)